We recently had a very unique request when a customer came to us saying seatbelts were releasing during a "blast test."

Now as much fun as it sounds, we don't spend a lot of time blowing up things around the office.

After several in-depth conversations with the customer and understanding the specific blast forces that were causing the seatbelt to release, we immediately went to work. Within three hours of the phone call we were able to build several prototypes and overnight the seatbelt assemblies to Germany!

Due to what we believed were likely axial blast forces on the buckle, we used a design that would allow the blast forces to travel in a direction perpendicular to the buckle release mechanism. We were elated to hear the the seatbelts passed with flying colors. Because these kinds of tests are so expensive, our customer was elated as well.

Here is a screen shot from the test just as the explosives were detonated. 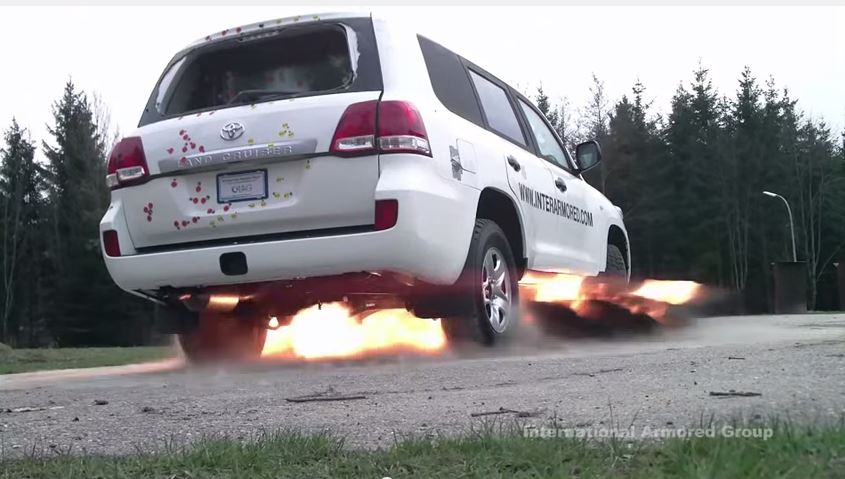