This project took a couple of tries but in the end the customer was thrilled with the outcome...which means we were, too!


"I just wanted to write to let you know how pleased I was with the level of service and quality recently experienced with SeatbeltPlanet. It turns out the three-point seat belts I originally ordered were incorrect as the retractor hindered my seats from moving backwards.


I thought I had just made a costly mistake by ordering an incorrect set. However, you assured me that I would be able to return the incorrect seat belts and exchange for a proper set, since I never mounted the incorrect set. I was really impressed with you wanting to make sure I ended up with the proper set of seat belts for my application. On top of that, the turnaround time was quicker than expected (both original seat belts and replacement belts were made and shipped within 24-48 hours)!


Thank you very much for the pleasant experience in retrofitting aftermarket seat belts on my project. From the user-friendly webpage, first rate customer service, quality products and quick turnaround time, SeatbeltPlanet should be a model for other companies to follow." 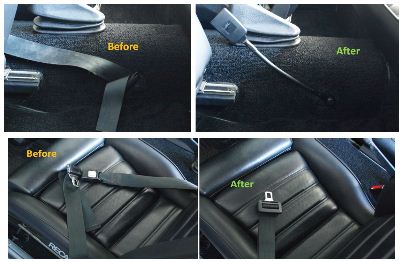